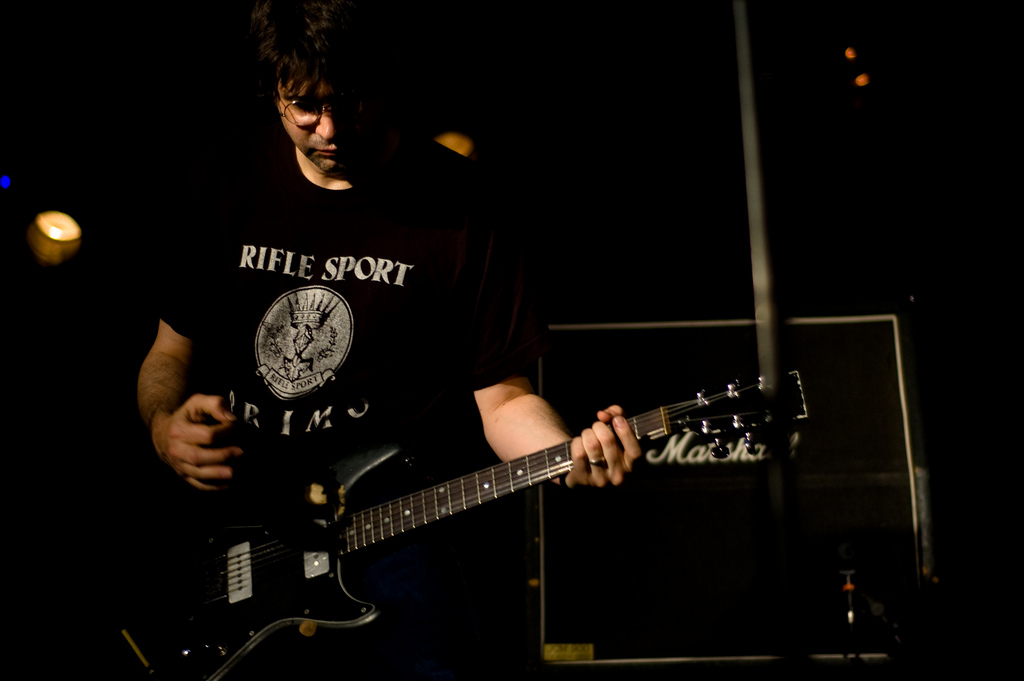 One of things I’ve been considering over the last few months is how photography can be performative, in the same way that theatre, poetry, music, etc can be performed live in front of an audience in a manner which is unique to that moment. My obsession comes from two areas. The first is an utter disinterest in prints and galleries. I like prints and I like seeing things in galleries but I have no desire to see my work in them, especially when I can have 100s of individuals to look at one of my photos through Twitter and Flickr (should the photo deserve it, of course). The effort and cost involved in printing, framing and hanging photos seems utterly without reward and a diversion from the work I should be doing - the making of the images themselves. That’s not to diminish the value of the gallery as a space in which interesting things can be done by artists, but as a means of allowing people to look at photographs we’ve pretty much solved that problem with computers, in the same way we’ve solved the dictionary problem or the CD problem. To paraphrase Egon Spengler, Prints are dead to me.

But thinking of a gallery show of photographs as a “performance” is still a bit of a stretch, so let’s consider my second thought. It quickly struck me that the Photo Walks I’ve been leading in Digbeth over the last year are a kind of performance. I take people through a planned narrative and “perform” the role of a guide or expert. While I have no theatre training at all I can tell that this is theatre of a kind. And the notion that my “act” and the mood I create in this “audience” can inform the sorts of photos people produce is intriguing to me. But I’m not sure this counts as Performance Photography. The great irony of the walks is I hardly take any photos on them. I was asked for a shot of Curzon St Station the other week and despite leading dozens of people to it I didn’t have one I was happy with. When teaching a class or leading a walk I’m very much not in the photographic mindset. The performance I’m doing, while informed by my photography, is not photography.

A good model for this notion of “performance” is a guitar player on stage. They create sounds using a machine which is amplified into a room where people listen to the music. A camera is a machine with creates images. The issue seems to be the amplification of these images into the room. I say issue as I’m very reluctant to go down the VJ route. I know many people do this and some of them do it very well, but simply hooking up a camera to a screen and, manipulated or not, projecting the photos to the audience strikes me as missing a fundamental point. What that point is, I’m not sure. But I can kinda feel it out there, somewhere.

In trying to understand this sort of thing I find it helps to unpack photography as a process. As I tell my beginners photography classes, photography is the process of controlling and manipulating light as it enters a box containing a light sensitive receptor. In digital photography the receptor converts the light into digital data, 1s and 0s, which are displayed as colour pixels on a screen. And in all cameras the light is controlled and manipulated by lenses, hole sizes and shutter speeds. To take a photo, then, is to catch light in a controlled way and turn it into electricity. Just as to play guitar is to create vibrations and turn them into electricity.

Of course, the optical-acoustic instrument is nothing new. If you’ve known me for a while you’ll know of my fleeting fascination with the Thingamagoop, also known as an Optical Theremin (which I’m sure pisses off the theremin purists). These work using simple Photoresistors to increase or reduce the pitch depending on the amount of light hitting them. Lots of light = high pitch, less light = low pitch. In other words, you can make music by shining lights at a light sensitive sensor.

You can also make photographs by shining lights at a light sensitive sensor.

Long exposure photos are interesting because we normally take photos at speeds faster than a second. Without a tripod, 1/30sec is the slowest you can get away with before your shaking hands affect the image so we don’t often see photos that capture light for longer than that. Even movies and TV which purport to represent long periods of time are essentially just stacks of very short exposures run in sequence. A film runs through time alongside you. It doesn’t show you more of less than you’re able to experience. A photograph captures a moment, the length of which can be a tiny fraction of a second or a lifetime.

As should be very clear by now, I don’t really have a clue what Performance Photography might look like. But I’m sure of the following.

Everything else, from the mechanics of the camera to the source of the light to the transduction of the light data to the rendering of the image is up for grabs.

I wouldn’t be at all surprised if this has been done in many forms before. Indeed, you could say a live TV broadcast fits my criteria, and of course it does. But so do many other things. I intend to explore some of them.

Here’s one that’s just come to me. It’s a 5 minute idea so don’t expect miracles.

The photoresistor in your average optical-acoustic synth is pretty crude. It measures the intensity of the light and changes the amount of electricity it will allow to flow through it. How about creating a massive camera sensor and enclosing it in a massive box, say a shipping container fashioned into a camera obscura. Each photoresistors is connected to an LED on a big board and as they register light they increase or decrease the brightness of their respective LEDs to create a picture.

Thanks must go to MortonUnderwood‘s If Wet, which I attended before writing this, in particular their guest Sarah Angliss whose thoughts about the performative and theatrical aspects of her music really helped me focus on this subject for myself. If you need some mental stimulation I can highly recommend a monthly trip to If Wet.

One thought on “Performance Photography”