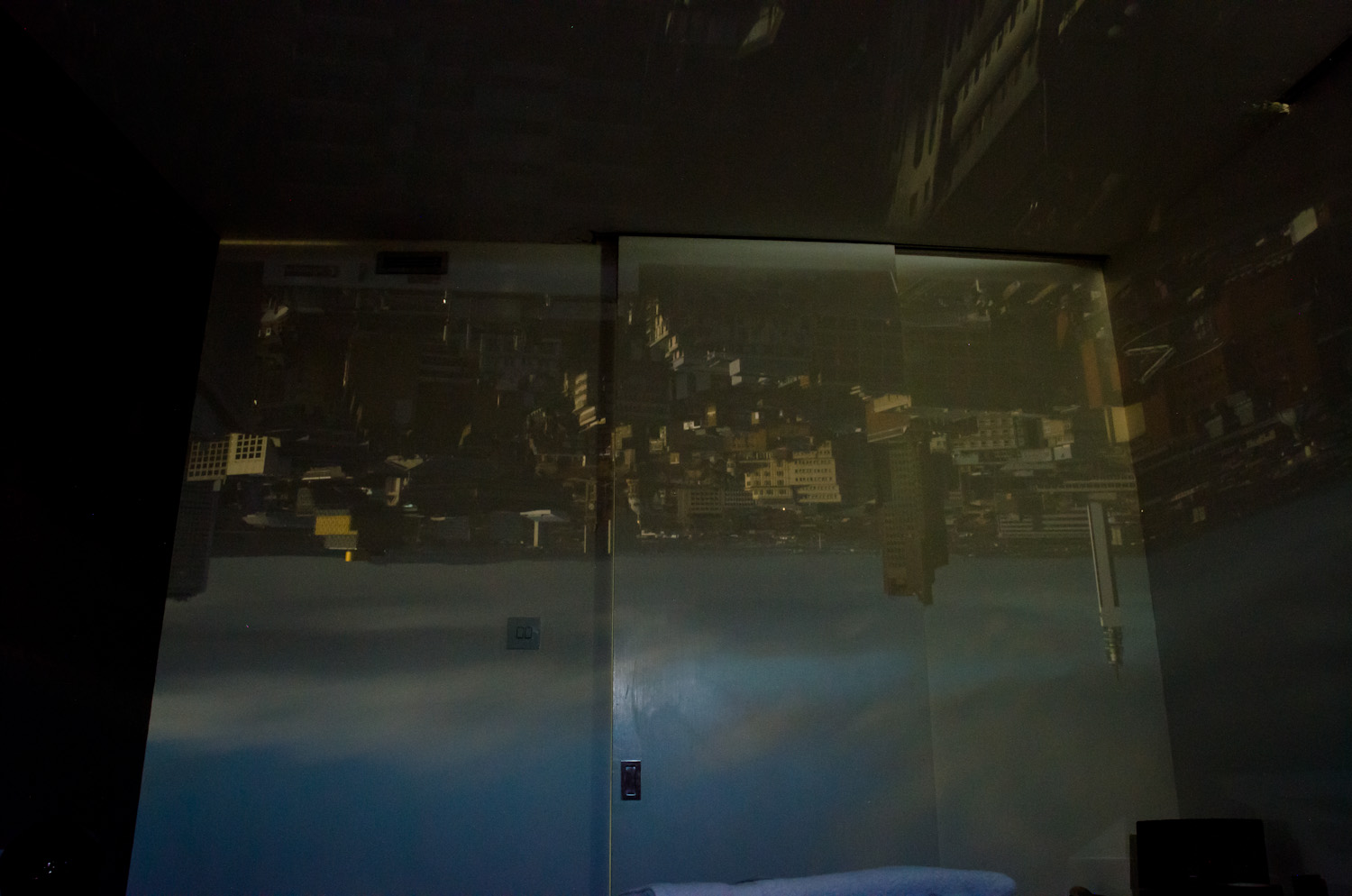 Today Jenny Duffin and I went to the top floor of the Rotunda in Birmingham, blacked out the windows in one of the bedrooms and poked a tiny hole in the blackout.

We then set up a camera under the tiny hole and took a photo of the wall facing the windows, leaving the camera shutter open for 149 seconds. Here’s the photo. 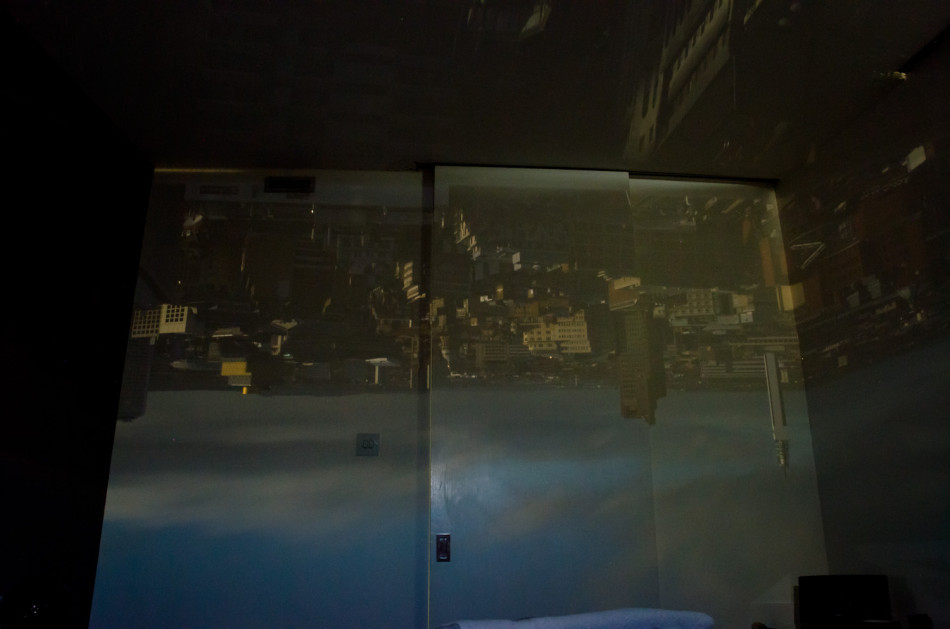 We had two hours to do everything and this was taken in the last 5 minutes. The composition is terrible so I’d better explain what you’re looking at. The white shape at the bottom of the picture is a towel on the bed. The three white panels are the wall with a sliding door to the bathroom. Above them is the ceiling, the camera being pointed up from waist height.

The projection is Birmingham city centre looking West. The BT tower is on the right and the new Library is the gold block on the left. The image is upside down because, simply put, that’s how cameras work. Here’s a diagram from Wikipedia: 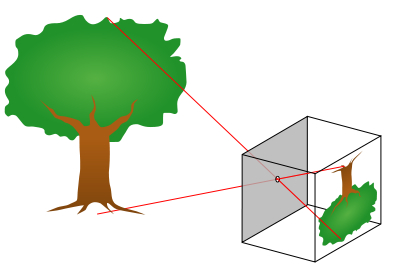 If you’re curious, here’s the photo flipped and cropped to just show the city. Click for bigger.

This was a test, a proof of concept. We wanted to turn the Rotunda into a camera and Staying Cool, who manage the top floor apartments, were happy for us to do it. And we knew how to do it in theory… So we needed a test run.

Now we’ve proved it can be done we’ll be going back in January to spend a whole day there to try different ways of treating a room as a camera and seeing what images we can make from it. And then we’ll start looking for other rooms in Birmingham with interesting views we can project into them.

The long term hope is that through working the somewhat obvious landmarks like the Rotunda we will stumble upon unknown rooms with secret views - attics and closets that few will ever visit. I know I’ve come across a load of these in my retail / labouring days.

As well as Staying Cool, full credit must go to Abelardo Morell who owns this technique having worked it since 1991, and to the awesome Express Polythene of Digbeth for selling blackout plastic at such reasonable rates.

One thought on “Rotunda Obscura - the test”